Zen Gardening in the Middle of the Pacific 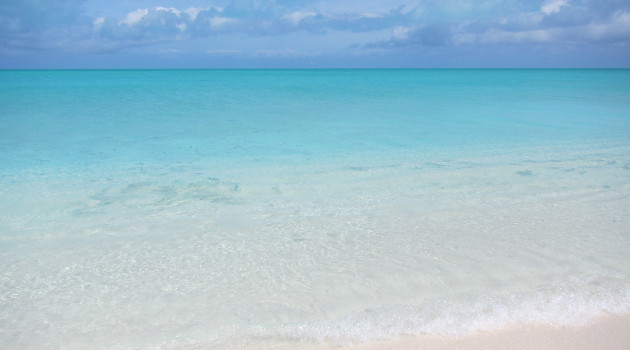 I’ve spent a good deal of the last month trying to put my finger on a deja vu feeling that I’ve had since arriving. Upon stepping onto the coral crumbled shore of Kure for the first time, I havenʻt been able to shake the feeling that I’ve been here before. At first, I simply thought it was because I lived on another seabird colony–Southeast Farallon Island–for a few seasons before coming out here. There were familiar sights of the ocean in all directions, familiar sounds of seabirds courting, chortling, and caterwauling through day and night. Only, this time, I was just a few thousand miles West, that’s all.

But that wasn’t it. The island and all its inhabitants are new to me. I’m seeing it all for the first time, except for a few species of birds I’ve encountered before. This feeling of deja vu I’m having isn’t based geographically. I know I’ve never been to Kure Atoll before, let alone spent much time in Hawaii before this. It also has very little to do with the fact that I’ve spent time in similar places studying similar things. Working with birds in National Parks, Wildlife Refuges, Sanctuaries. No, this feeling I’ve been having is based solely in my mind. Rather, it’s a state of mind. One that I’ve been calling “home” more and more in the last three years working wildlife and conservation field jobs.

This mindset is one of presence. One of living in the moment; observing each moment, letting it pass, observing the next moment, letting that pass, reacting as I see fit. It’s not ambivalence or apathy. Rather, it’s the opposite. It’s being entirely absorbed in your present task, no matter what it is, and remaining thoughtful in all that you do. This is what is so familiar about Kure to me–this island keeps me here and now and I’m beyond grateful for it.

Some might think that the work out here is tedious. Searching every inch of this island to the best of our abilities and removing the plants that have been unintentionally introduced over the years. We’re essentially cultivating an island-wide garden only for native vegetation. We spend hours every day climbing through dense Naupaka, walking zig zag transects to ensure we don’t miss anything, looking for those few errant blades of grass or the telltale yellow of a flowering Verbesina in need of culling. If it’s hot, we sweat, if it rains, we get wet, either way we’re out there looking for invasive species Monday through Friday with few exceptions. Perhaps it would be tedious to some, but when in this mindset I’m trying to describe, it is as fulfilling as any other job could be.

It reminds me of a story of a Zen master and his pupils. One pupil was particularly unsuited for the intellectual rigors that the master typically put his students through. The other students would tease this one pupil and the master began to worry about his wellbeing. One day, the master put this pupil to work cleaning the shoes and tatamis while the rest of the students continued to study texts. And so, every day, this one pupil would spend hours cleaning while the others would study. Day in and day out, the monk would clean each shoe attentively, and become absorbed in his task. After 17 years of cleaning shoes, this monk reached enlightenment.

I’m not saying that I’m out here scouring for weeds to reach enlightenment. I’m out here to help restore this atoll to a state that the native fauna–the seabirds, shorebirds, seals, turtles, and fish–thrived with long before humans set foot on this island. The story simply reminds me of how one can find satisfaction and fulfillment in even the simplest tasks.

When I’m out in the field, I am wholly enveloped in whatever we’re doing. Each call from a passing seabird rings sweet, each maze of Naupaka branches is worth investigating intently, each bead of sweat from my brow falls into the soil in just the right place. The news is what you learn from the island each day. The weather consists of how it feels to be outside at that time of day. It sounds a bit silly, but it’s really a beautiful thing. When you can shake away worries of another time, of past and future, and exist just where you are. You become entwined with the island and all its happenings.

And so, I can’t help but picture the six of us out here on this little island, cultivating our garden of natives in the sand, much the way a Zen master puts their thoughtfulness and being into their own garden. Each moment, each plant, acknowledged and attended. Each day, not measured by future or past, but lived in the present.

“And I asked myself about the present: how wide it was, how deep it was, how much was mine to keep.” -Kurt Vonnegut