What do you miss the most? By Zach Pezzillo 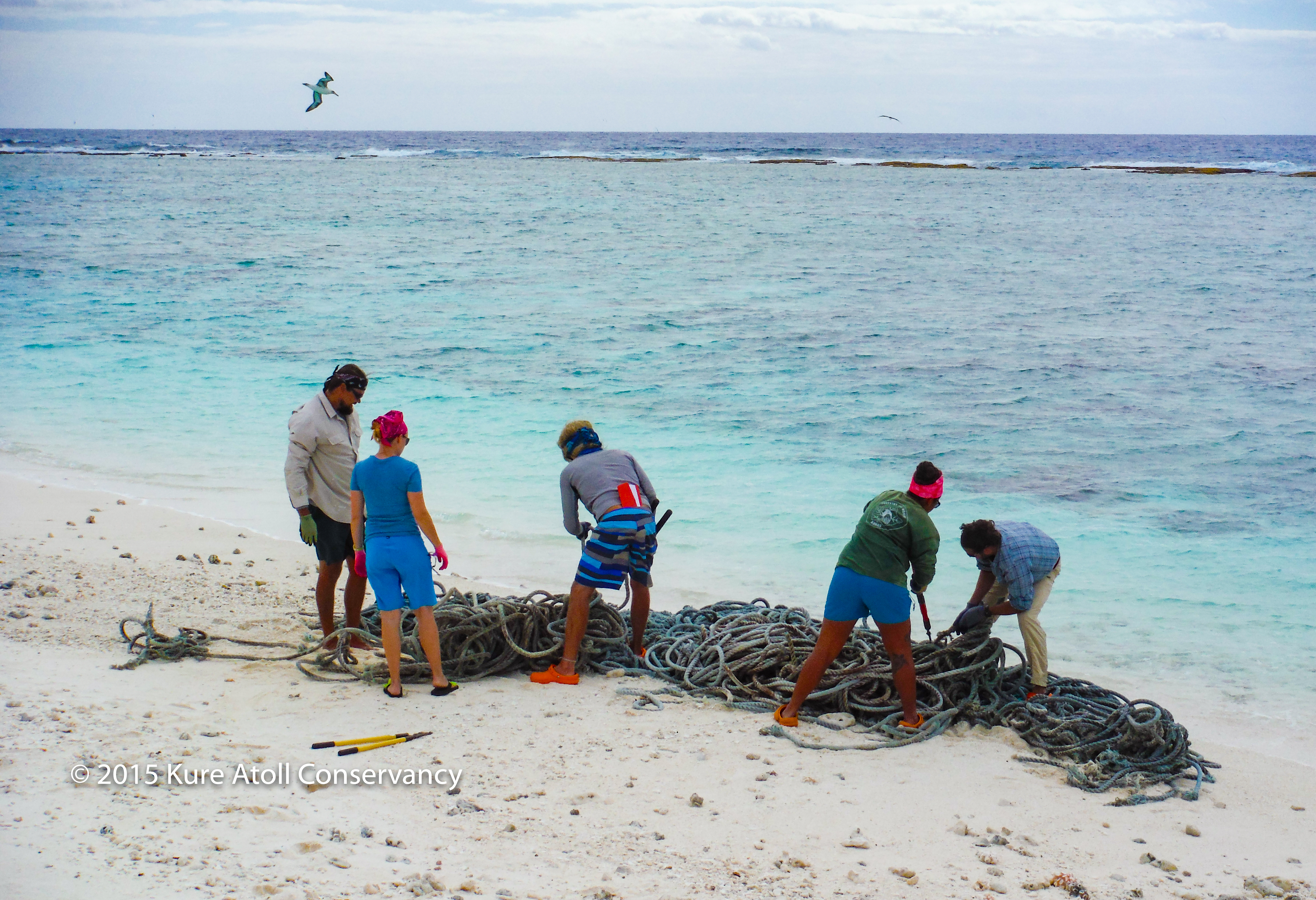 Kure Atoll is a wild and isolated place. It sits alone in the vast Pacific Ocean about 1500 miles or so northwest of O‘ahu. Resting on the southeast corner of the northwestern-most atoll is Green Island–a tiny, flat spit of land in the shape of a waxing moon, with the lagoon bordering one side and a thin strip and the open ocean bordering the other side. This is where we live–all 8 of us. We’ve been here since the beginning of September, dropped off by ship after a week at sea, along with food and supplies to last us through April of this year.

We are surrounded by hundreds of thousands of seabirds, an incredibly resilient native ecosystem, and thousands of miles of open ocean. We are among the very last people to see the sunset each day and the first to say that we are some of the luckiest.

However, living and working in a place like Kure is not easy. We have to leave behind many of the modern resources that we have become accustomed to. We do not have internet nor electric power, only solar. We are, consequently, almost entirely detached from the outside world. We can’t merely go down to a local grocery store to get fresh vegetables (something we miss quite a lot) nor can we watch the latest teaser for the upcoming season of Game of Thrones. We are at the mercy of the elements and if something goes wrong, help is not close by.

Spending an extended amount of time in a remote place like this changes your perspective. It makes you think differently, it makes you learn and adapt, and it makes you realize what is most important to you. Slowly but steadily you begin to forget about the trivial parts of your life that you have left behind, and you start to focus more on the things that truly matter.

I was told before coming out here that this place would change me. I sort of brushed it off and didn’t think much of it. However, having spent over a year on this island, I now realize that this is, in fact, true.

The best way I can put it into words is by describing what I miss the most. Last season, I would have said that I missed Google, or my truck, or even an extra foamy 12oz latte from Casanova’s. This season, however, is different. I realize that what I really miss the most, and what clearly holds the most importance to me, is simply my friends and family.

Andy put it perfectly when asked what he misses the most: “My family of course. Being out here, detached from the distractions of the modern world, really enables one to focus in on what is truly important.” This is Andy’s fifth season on Kure which means it’s the fifth year in a row that he has been isolated from his friends and family.

Soren departed for Kure after spending two years serving in the Peace Corps in The Gambia. While she was there, she was living and working in a very remote village that lacked most of the basic amenities that we are fortunate to have here on Kure. So, unsurprisingly, her response was “I left the Peace Corps a week before coming out to Honolulu and was living with a host family and I miss them a lot (and if my parents are reading this, I miss you guys too).”

Olivia wrote, “I miss being able to pick up the phone and just talk to people.” After four months of everyone telling the same stories over and over and dramatic readings of food labels, I don’t blame her one bit for desiring a little variety in her social life.

Sam responded with “Google.” Not being able to easily look something up is one thing we all take for granted.

Saxony said that she has “yet to really miss anything. I do feel a certain absence or lack of balance from being in a strictly coastal environment. Being reduced to just the makai side of things gets to me sometimes; I find myself dreaming and daydreaming often about streams, stones, mountains, forest birds, fungi, and all other things of the forest absent on Kure. Even still, the absence of those things is really just a passing thought—Kure makes a wonderful home.”

While there was certainly some variety in everyone’s answers, we all agree that we miss our loved ones. That said, here on Kure, we have created a new hānai (adopted) family. We work together, eat together, play cards together, argue together, laugh together, and experience this life together. What is lacking in most of our hearts is, in some ways, made up for by the friendships we have formed here.