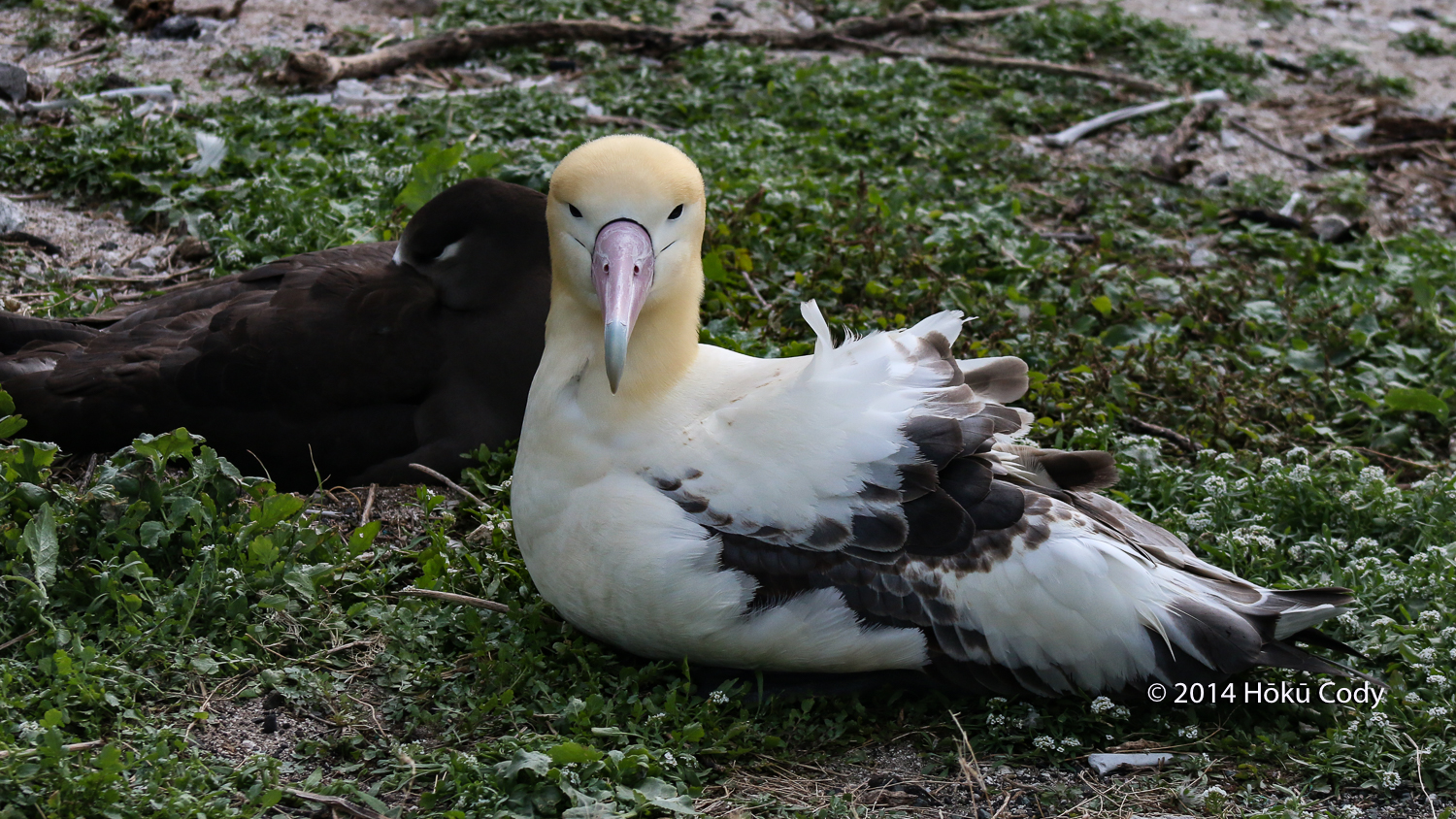 The short-tailed albatross is the largest seabird (Family: Diomedeidae) found in Hawai‘i, although currently it is very rare and only found on Midway Atoll. Adult males and females are mostly white, with varying amounts of black, mostly on the upper side of the wings, and a golden-washed head.  Huge pink bill has a bluish tip and legs and feet are pale pink. Like other albatross, uses air currents to glide and soar for long periods of time.

In Japan, diet consists primarily of shrimp, squid, and fish, including bonita, flyingfish, and sardines. As far back as the 1930s, individuals have occurred among nesting mōlī or Laysan (P. immutabilis) and ka‘upu or black-footed (P. nigripes) albatross at Midway Atoll. In the 1990s a pair of short-tailed albatross produced two infertile eggs. See fact sheets for mōlī (Laysan albatross) or ka‘upu (black-footed albatross) for details of breeding biology. Like other albatross, short-tailed albatross likely has a life span of at least 50 years.

Short-tailed albatross are rare visitors to Kure Atoll, found only at the west turnaround. Nesting behavior similar to other albatross species, only one pair of Short-tailed albatross have ever been observed on Green Island. Unfortunately, the pair is a female-female bond, thus incapable of successfully reproducing.