The red-footed booby is the smallest of all booby species and they all have a pantropical distribution. There are three sub-species for the red-footed booby and one (E. S. subripes) of those three are resident species in Hawaii. The hawaiian name, ʻā, is the same name shared with the other hawaiian booby congeners--the Masked Booby and the Brown Booby--due to their similar body characteristics such as beak, feet, tail, and relative size.

Individuals have long pointed wings and a relatively long, wedge-shaped tail. They are normally all white. Adult male and females are overall white except for brownish black primary and secondary wing feathers; females are larger than males. The feet and legs are orange to red with a bluish bill save for the base of the lower mandible which is pinkish. The facial skin around the bill ranges from pink to red and blue.

They can forage alone or with mixed-species feeding-flocks. The foraging range is typically further from land than its congeners and can be seen plunge-diving from about 20 feet above into the water for flying fish, squid, sometimes mackerel scads, saury, and anchovies.

Breeding colonies range from ten to ten thousand pairs. Pairs tend to retain mates throughout several breeding seasons. Unlike their hawaiian congeners, they roost and build nests in shrubs or trees. Their breeding seeason is synchronous with the peak of egg-laying happening in February through April and most young have fledged by September, albeit they are able to nest year-round.

Both parents incubate the egg and brood and feed chick. Adults continue to feed their youngup to four months after fledging.  Birds first breed at three to four years of age and the oldest known individual was 22 years old.

‘Ā (red-footed booby) breed throughout the NWHI and at a limited number of sites on MHI including Kīlauea Point National Wildlife Refuge on Kaua‘i, the cliffs of Ulupa‘u Head at the Kāne‘ohe Bay Marine Corps Base on O‘ahu, and on offshore islets including Moku Manu and Lehua. Little is known about the movements of the ‘ā (red-footed booby) outside nesting season, although in Hawai‘i they disperse eastward and move between islands. 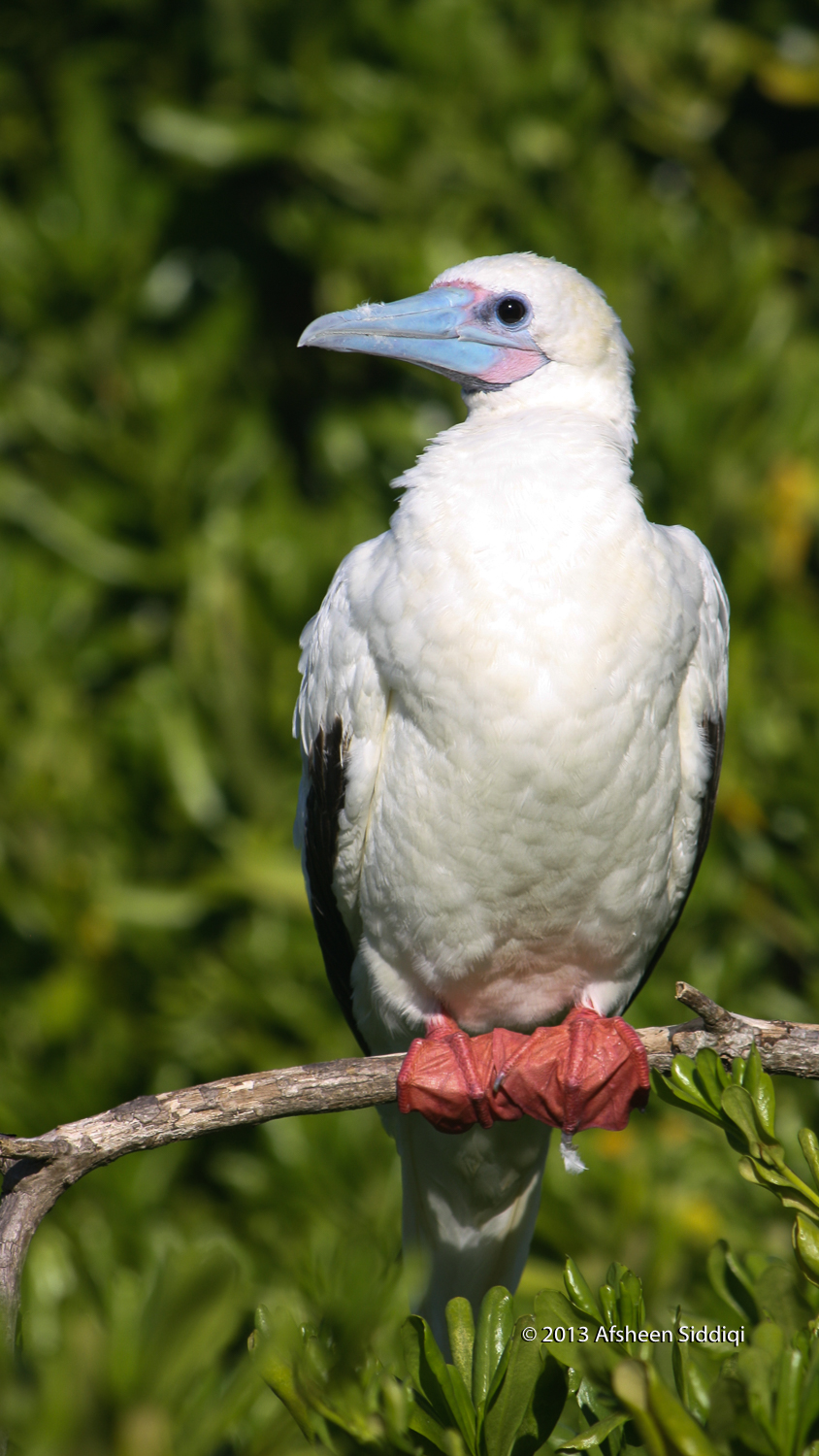 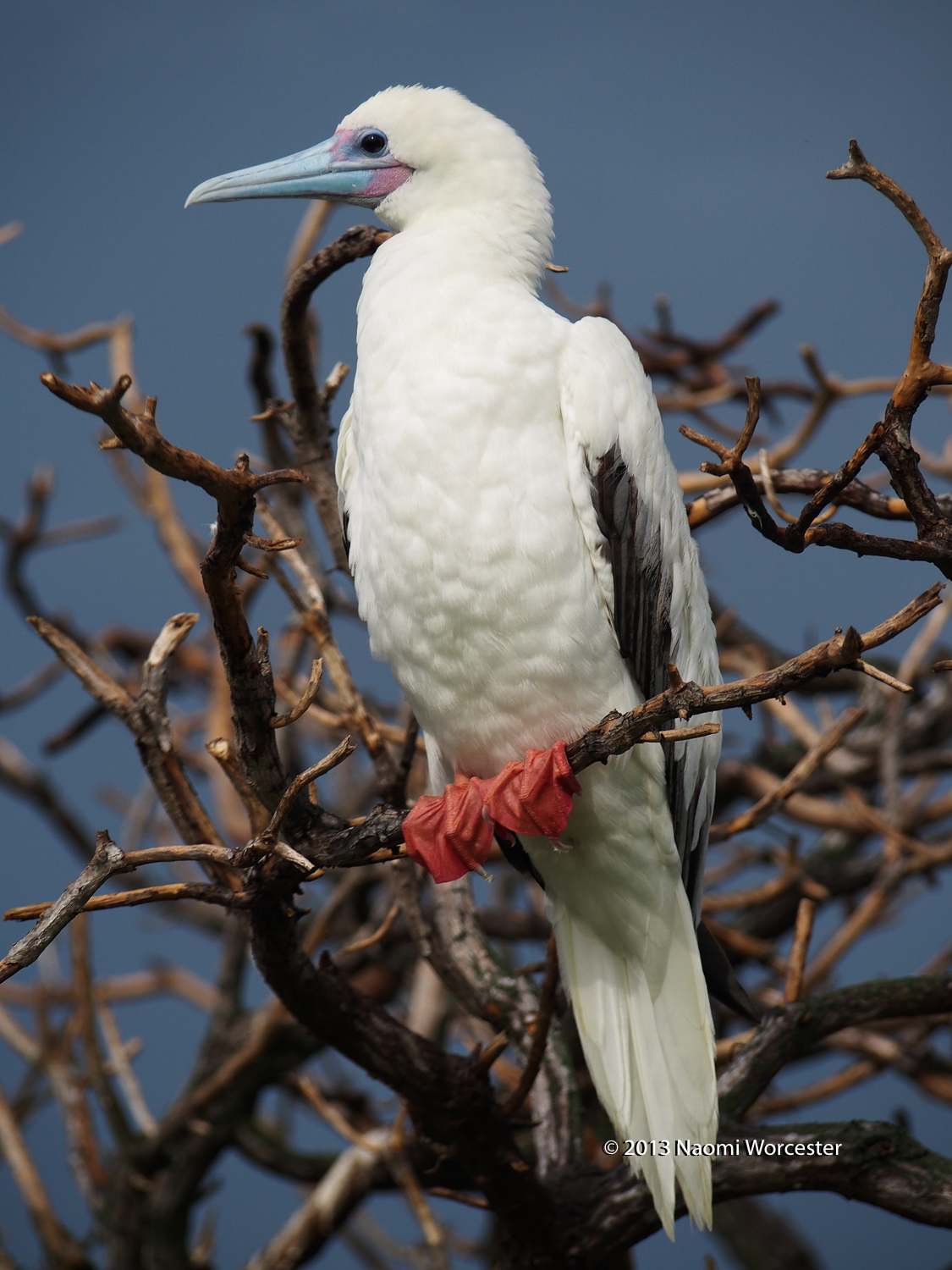 They can be found on low-lying coralline sand islands as well as high volcanic islands. On Kure, they nest in bushes or trees, sometimes on man-made structures, or bare-ground, or on low piles of vegetation.