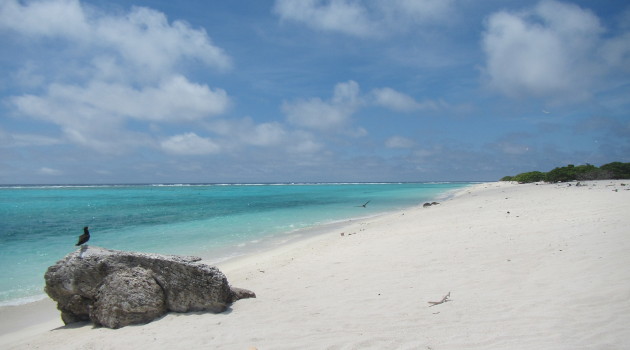 Well, this is it gangeh. The Winter camp ʻ16-ʻ17 has finally come to an end. Brah, I still cannot believe how fast these past six months have flown by. It seems as if just yesterday we arrived ashore from the Kahana. Six months ago, I arrived as a fresher, lighter-skinned, and much smaller version of myself. Now I will be returning home weathered, tanned, and twice the wahine I was before I left – both physically and mentally.

Our last week we spent completing the last of our work tasks, packing, and preparing the camp for the Summer crew. This week was not only a process of preparing camp for the next crew, but also a process of preparing myself for the emotional transition of leaving Hōlanikū and returning to civilization. I was just going through the motions of packing, not thinking too much about it, until it finally hit me on Wednesday. We really are leaving. It just seems so surreal. Since then, Iʻve been going through undulations of being depressed, excited, anxious, and ready to return home. Now, intensifying this emotional roller coaster, we found out they have delayed our departure not once but twice. First, our expected departure on Friday is delayed ʻtil Saturday. Next, Saturday became Sunday. Now, we are looking at leaving on Monday. As this delay drags out longer, my feelings and emotions drag-out even more. If it were to keep happening, I would probably end up going pūpule.

It is crazy to think that in a few hours, the very first people we will see after six months will be the crew members of the Summer ʻ17 camp. What is even more crazy is that we will go from living in isolation to returning to the crazy, busy town of Honolulu, right away. Talk about a cultural shock. Now, we will be switching from living among five people to being among 5 million others. we will also swap out the thousands of birds with thousands of cars and buildings. I am not sure I will even remember how to drive. I am just glad we will have about a week on the Kahana to slowly acclimate to being around other people besides the five that we have lived with for 6 months, eat fresh food, take hot showers, wash clothes, SLEEP, and most of all, prepare ourselves for the transition of a different lifestyle.

Well gangeh, we made it! Living on Hōlanikū, witnessing the beauty of our ʻāina kūpuna, has been the best experience of my life. This season was not easy. It was demanding work. Iʻve gone through various phases, realized many things, changed my perspectives on life, and became stronger both physically and mentally. My love for the ʻāina, my kūpuna, my ʻohana, and the future generations has only deepened. I have been, and will always remain, kūpaʻa in my beliefs. As hard as it is to leave Hōlanikū, I know I will return one day. I heard the voices of my kūpuna calling me to this ʻāina and here I am. Like a bird traversing through the sea, I will arrive ashore one day, and return home.

Eia ka ʻōlelo noʻeau o kēia pule: “He pūkoʻa kani ʻāina” (A coral reef that grows into an island). A person beginning in a small way gains steadily until he becomes firmly established -Ka Puke ʻŌlelo Noʻeau a Pākuʻi #932. I find it crazy how relevant this specific ʻōlelo noʻeau is to my life. Just before I came out here to Hōlanikū, I attended the IUCN World Conservation Congress in Honolulu in September. The theme of one of the first events was “He Pūkoʻa Kani ʻĀina.” Preparing myself for the journey to Hōlanikū, I attended sessions related to the ocean and sea birds. It was an awesome opportunity to learn more and to see and meet people who share the same values as me. Throughout the season, I realized the significance of this ʻōlelo noʻeau in my life. In the Kumulipo, life starts from the coral polyp. I am at what others refer to as the end of the Hawaiian island chain. However, I am currently standing at the beginning of time. There is where it all began, our ʻāina kūpuna. And now for me, this is where my life begins. Throughout my experiences, Iʻve been able to learn, change, and grow. With a foundation of ʻike and experience, the building begins. Despite the rough seas I may face, I will always remain standing.