In conjunction with the eradication project, the native plant restoration project promotes the recovery of native plant communities that support seabird nesting. Non-native plants aggressively colonizing an area require our field teams to hand-pull weeds and out-plant natives at such a rate so as to gain a foothold prior to the onset of more non-natives recruitment.

There are a few ways the Kure Field Station seeks to accomplish this goal:

Native plants are propagated to stabilize the dunes, to replace groundcover after non-natives are removed, and to increase the range of rare native plants. The small group of remaining native plants on Kure provides a valuable native seed bank once weeds are removed. In 2007, a native plant nursery was constructed and since then the native plant total has increased from 13 (Starr) to 17 in 2017 through deliberate reintroduction efforts.

There is a focus to increase species diversity and resiliency by acquiring seeds and introducing appropriate plants native to Hawaii. Place emphasis on species that can out-compete and/or displace non-native species as well as provide year-round cover. Examine historic records of plant distributions on Kure (Christophersen & Caum 1931) and reintroduce extinct species into their historic regions. Consider the possible causes for their extinction and mitigate them. Several of the species are vulnerable to introduced scale insects. 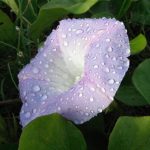 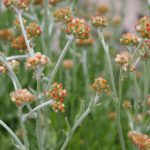 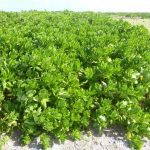 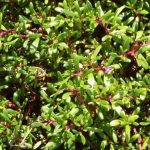 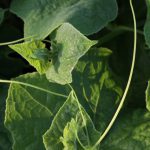 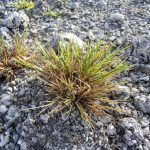 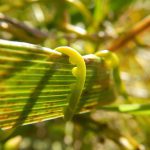 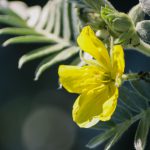 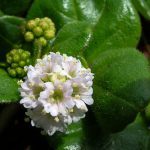 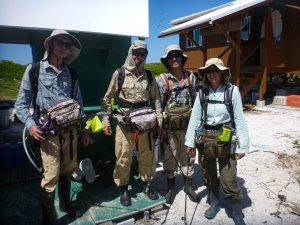