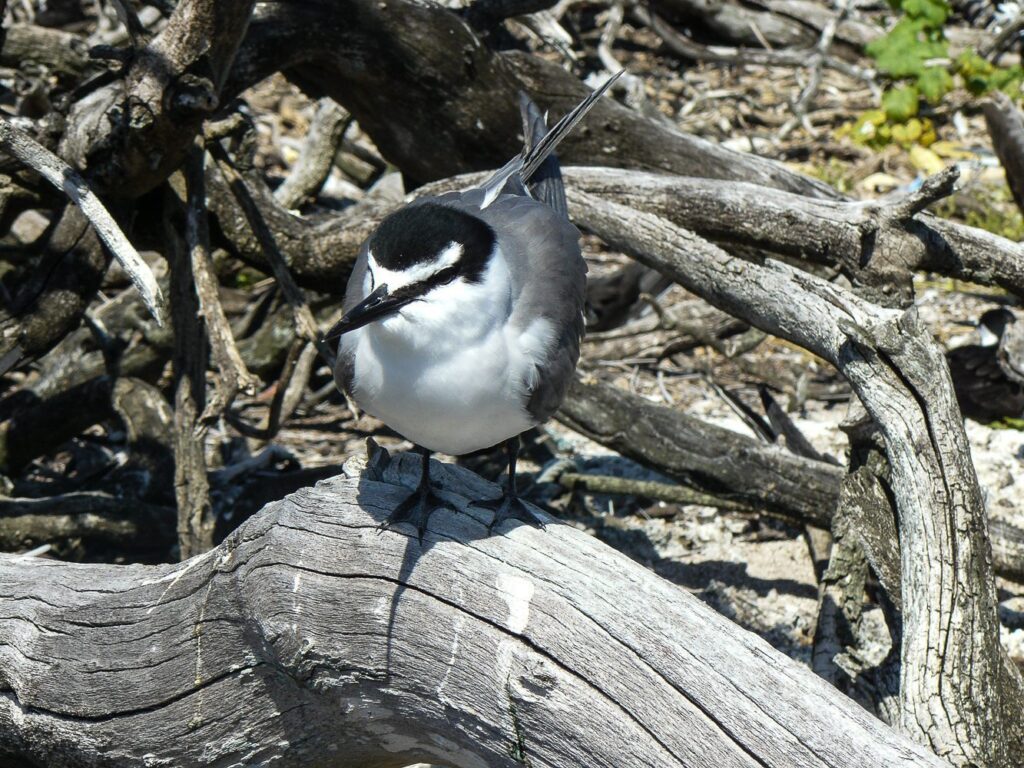 The pākalakala or gray-backed tern (Family: Laridae) is endemic to the central Pacific and breeds on small and remote islands and atolls, however, its historical and current distribution are poorly known. Adults are mostly slate gray above and white below with a black crown and nape. Forehead has a narrow white patch that is continuous with white eye-brow that extends above and past eye and is completely bordered with black. Flight is direct and graceful and body appears to move up and down with each wing beat. Outside the breeding season, may remain in flight continuously.

Often forages with ‘ewa‘ewa or sooty terns (S. fuscata) and ‘ua‘u kani or wedge-tailed shearwaters (Puffinus pacificus). Pākalakala (gray-backed terns) feed mainly by plunge diving or by dipping the surface while hovering. Diet primarily consists of fish, especially five-horned cowfish, juvenile flyingfish, goatfish, herring, and dolphinfish, but also eats squid, crustaceans, mollusks, and marine and terrestrial insects. Pākalakala (gray-backed terns) nest in shallow depressions in sand or gravel, and like most seabirds lay a single egg per season. In Hawai‘i, nesting season varies from year to year, but most eggs are laid in February and March and most nestlings fledge by late July. Both males and females incubate egg, and brood and feed the chick. Oldest known bird was 25 years old.

DISTRIBUTION: Pākalakala (gray-backed terns) breed throughout NWHI, and a few pairs have been recorded breeding on Moku Manu off of the island of O‘ahu. Outside of Hawai‘i, pākalakala (gray-backed terns) nest on the Marianas, Howland and Baker, Johnston, Wake, Jarvis, Line Islands, American Samoa, the Marquesas, and Tuamotu. Non-breeding distribution includes the central Pacific Ocean.

LOCATION AND CONDITION OF KEY HABITAT: Terrestrial: Pākalakala (gray-backed terns) breed on remote islands and atolls. Nests are constructed in a variety of habitats (e.g., rocky ledges, open, sandy beaches) but usually at the base of shrubs or refuse. On Midway and Kure, individuals nest on runways. Nests are typically shallow depressions in sand or gravel and in surf zones, making them vulnerable to storm tides. Marine: Pelagic.

Like all seabirds, adults and nests are susceptible to predation by rats (Rattus spp.), and feral cats (Felis silvestris). All sites in NWHI are free of rats and cats.

On Kure, collisions with man-made structures have resulted in mortality . 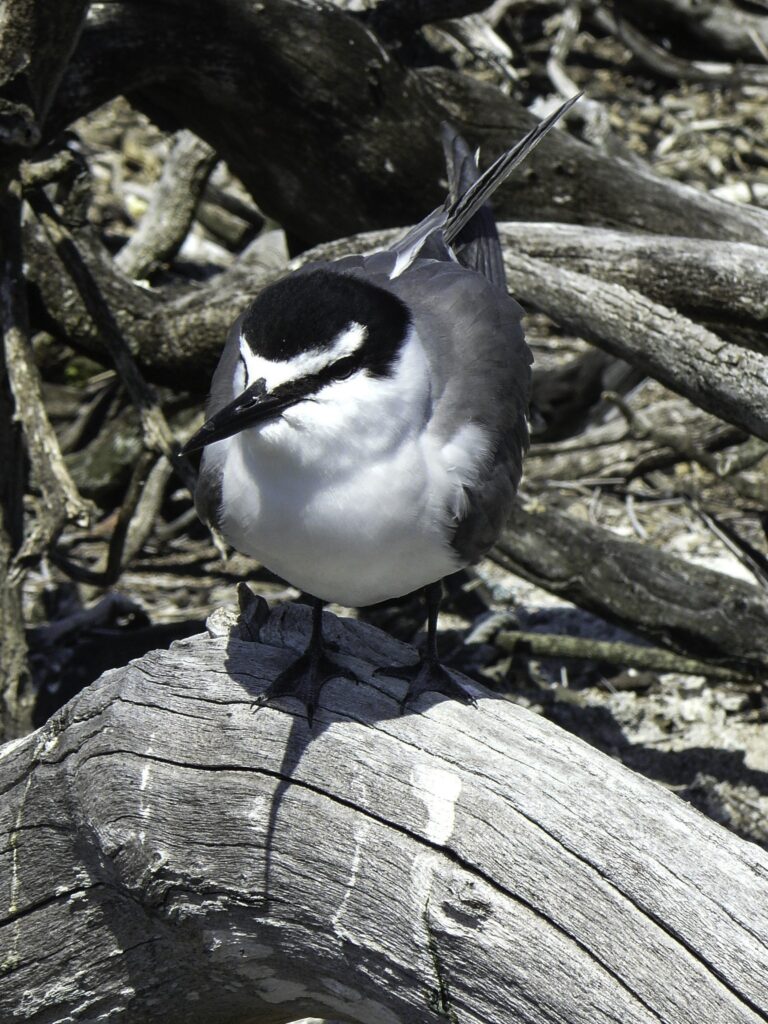 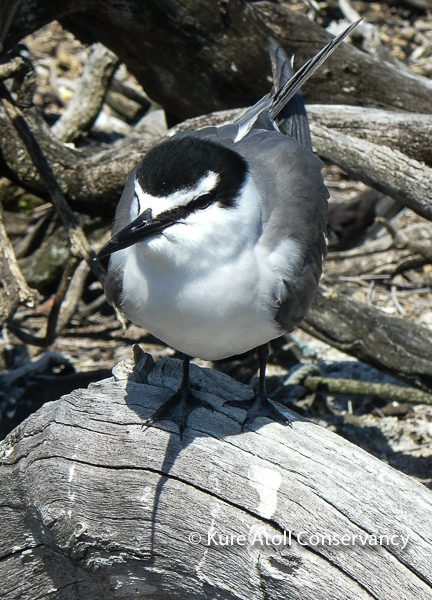 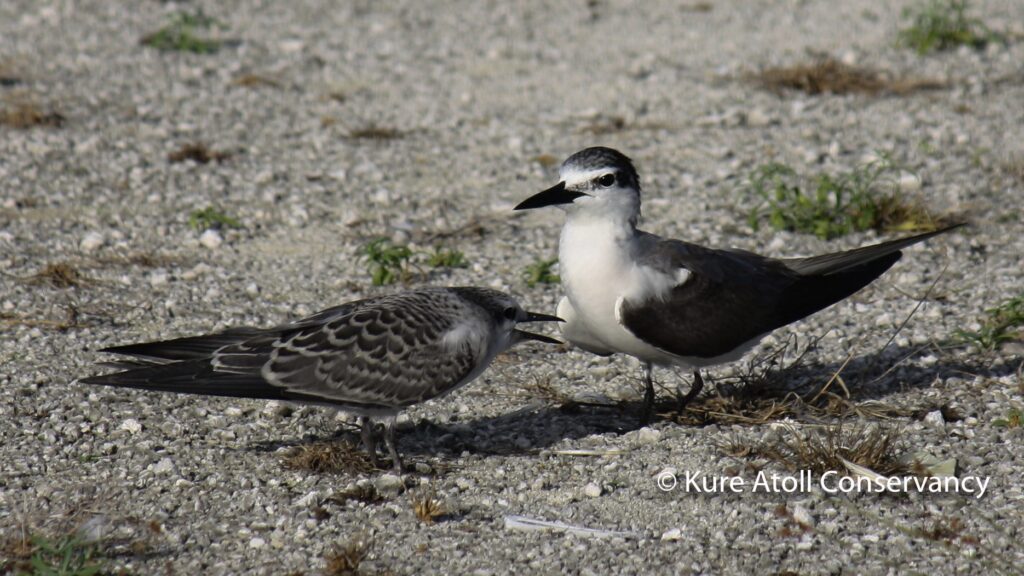 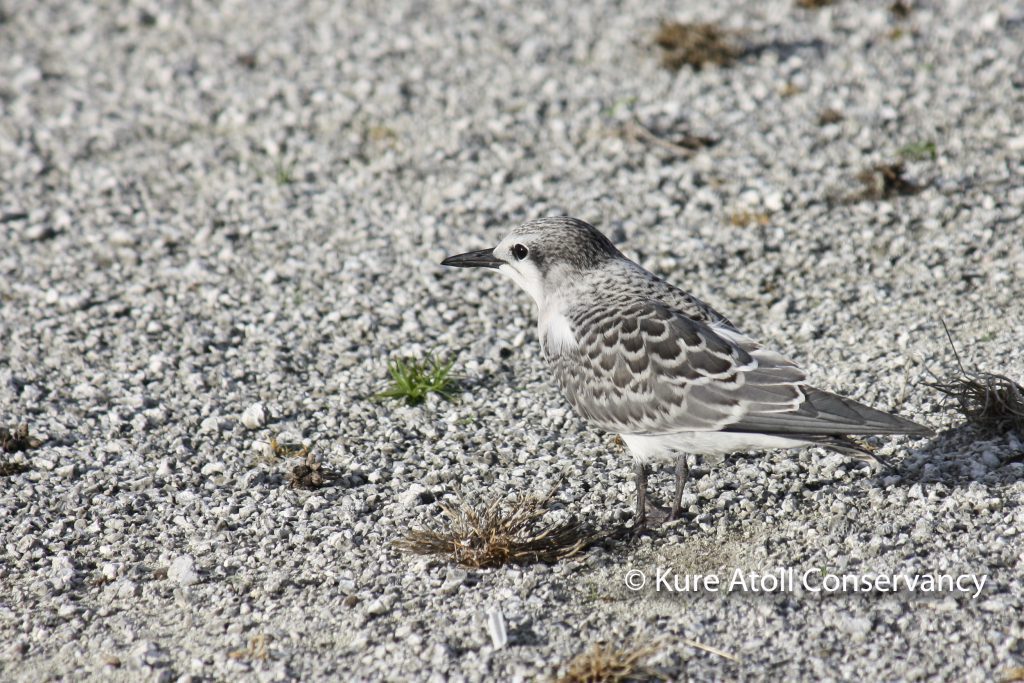 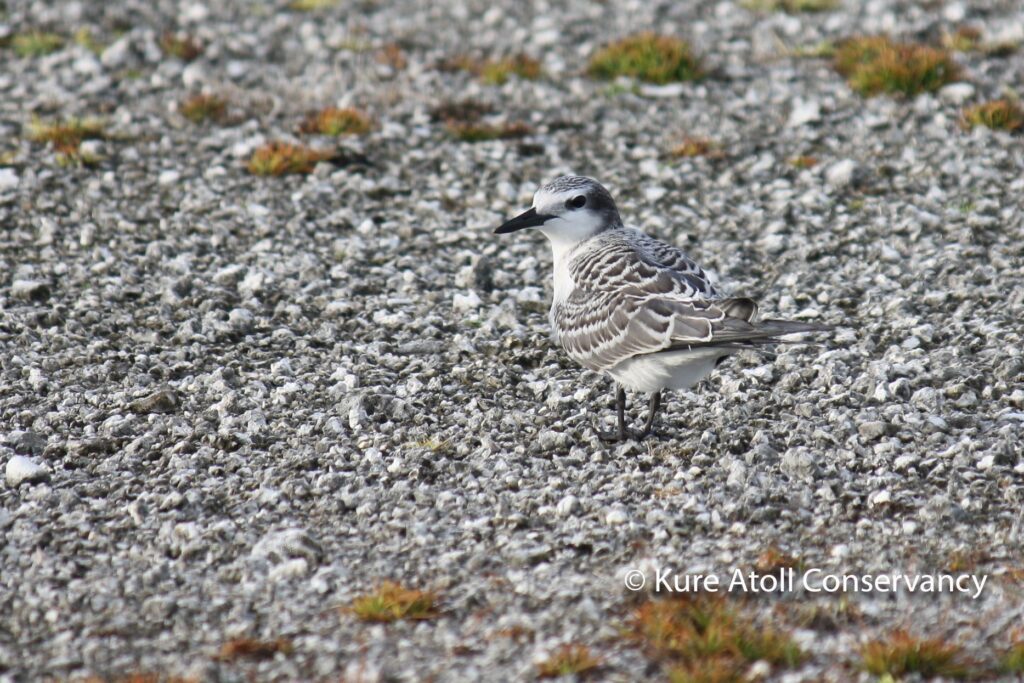 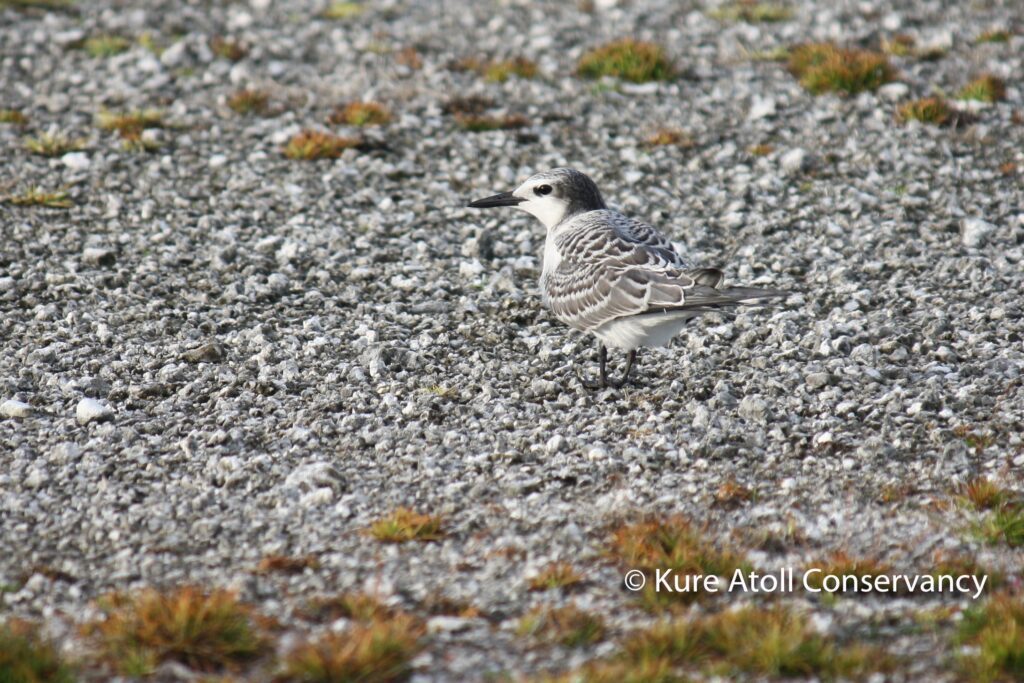 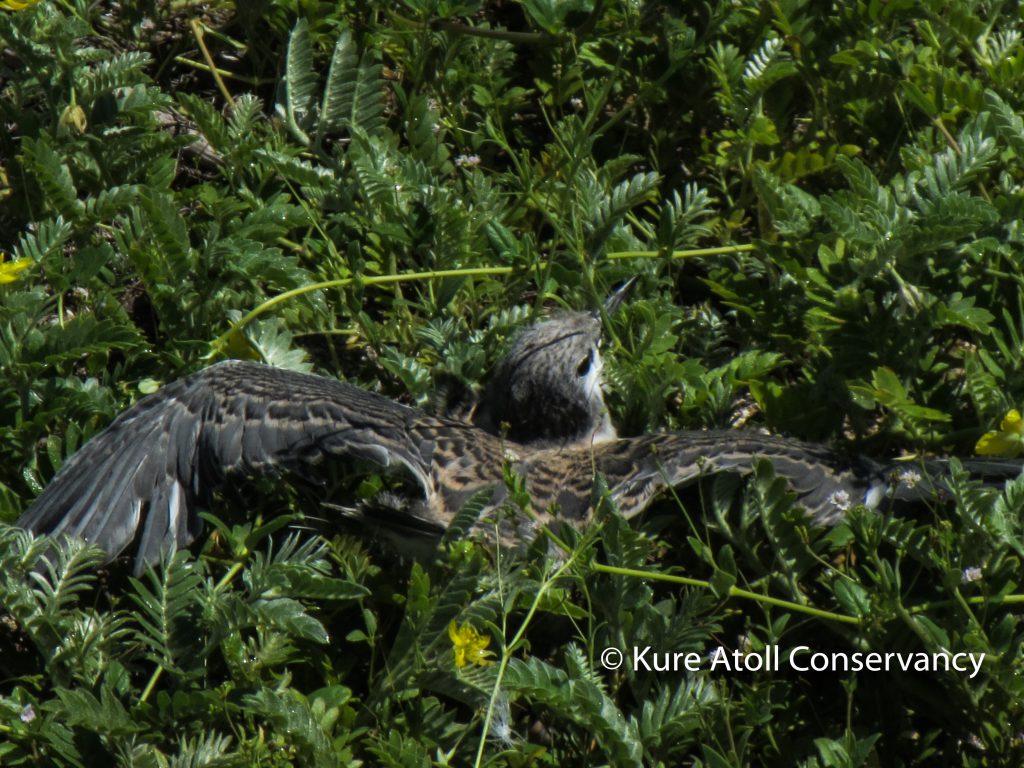 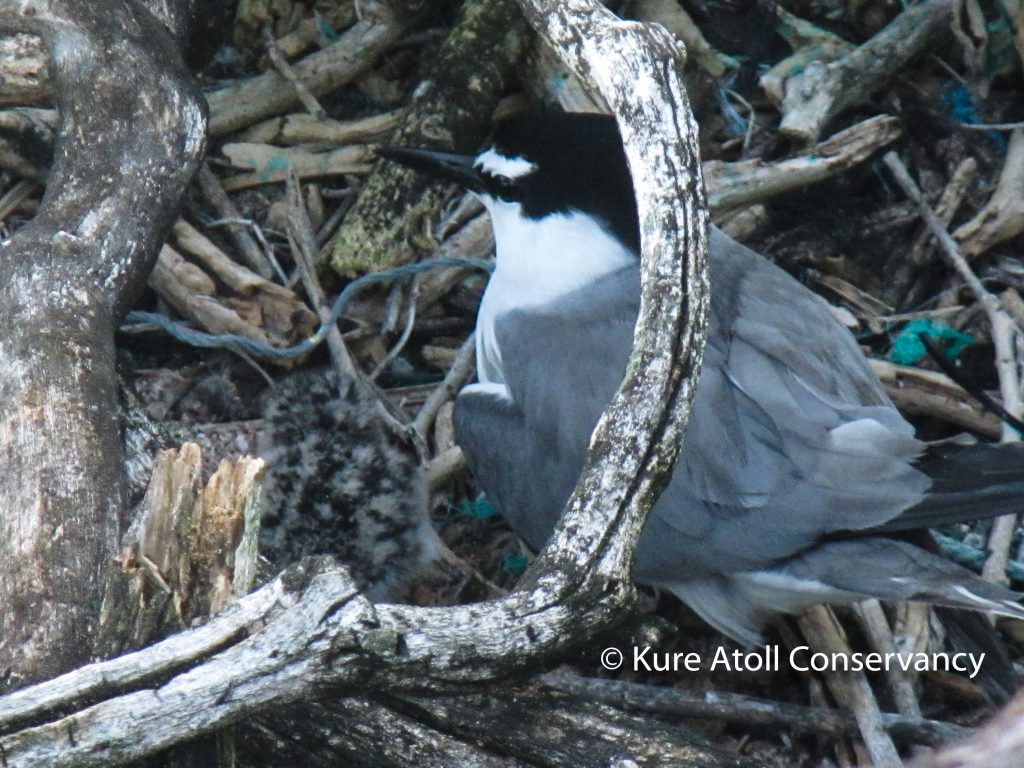 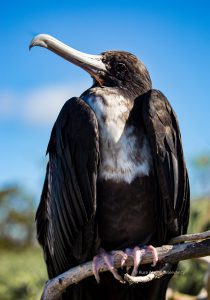 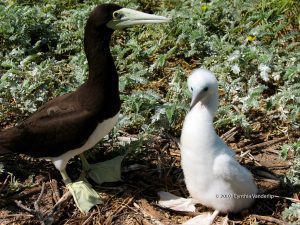