Big-headed Ants (Pheidole megacephala)
Invasive ants are a significant conservation concern and can have far-reaching effects in ecosystems they invade. Limited unpublished observations of this particular ant species attacking nesting seabirds exist, but the frequency of attacks or how they affect seabird growth and survival are unknown.

An eradication program began on July 2, 2014. Two full-island treatments of Amdro were conducted at this rate with the use of blowers, hand-cranks and a walk behind applicator.

Shortly after the big-headed ant control began large numbers of arthropod species, especially beetles were noticed. This resurgence may demonstrate the severity of the Big-headed ants' impact on the ecosystem. 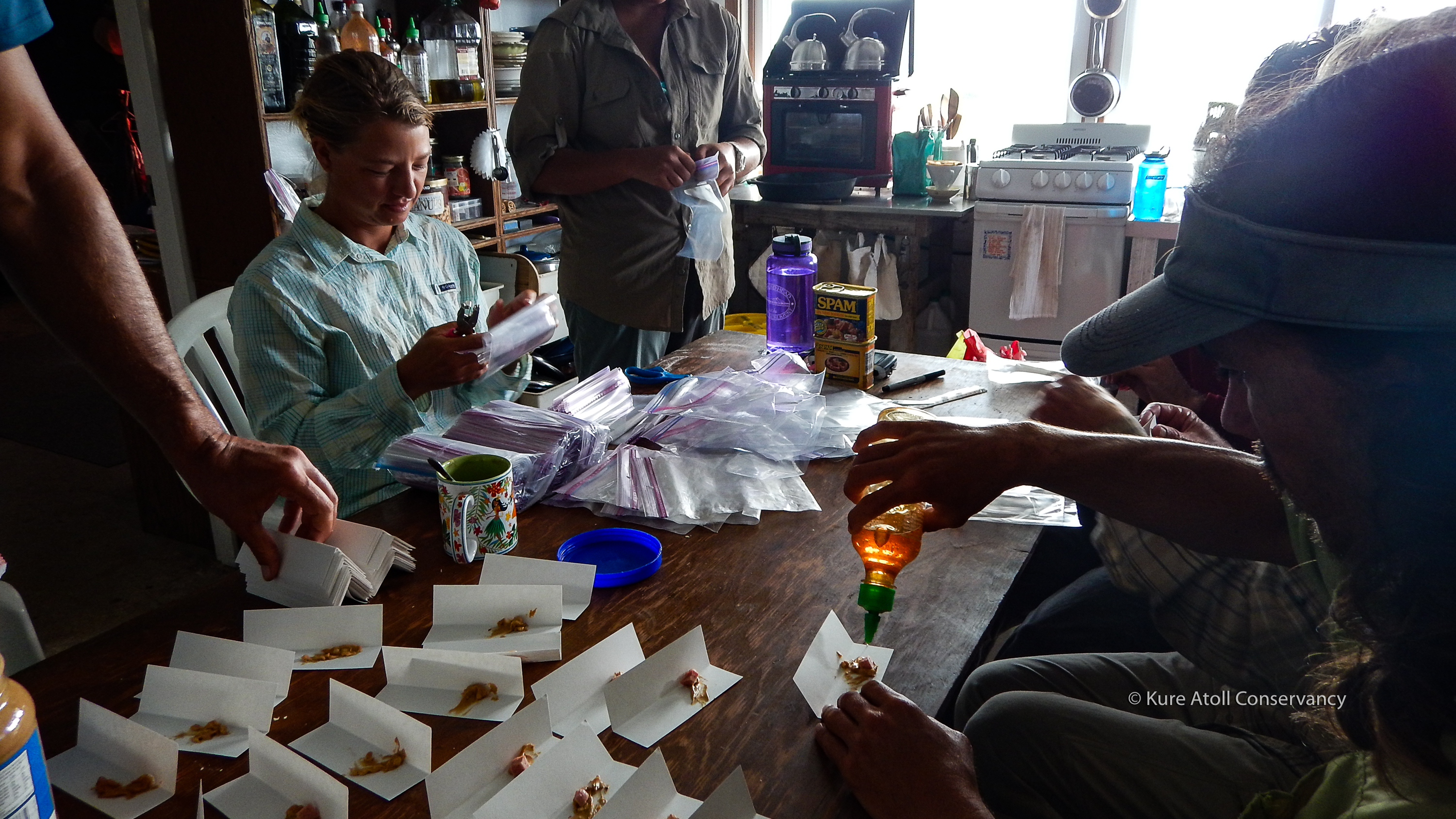 Stay tuned for more information regarding the PCB remediation and the USCG Soil Remediation Project section.