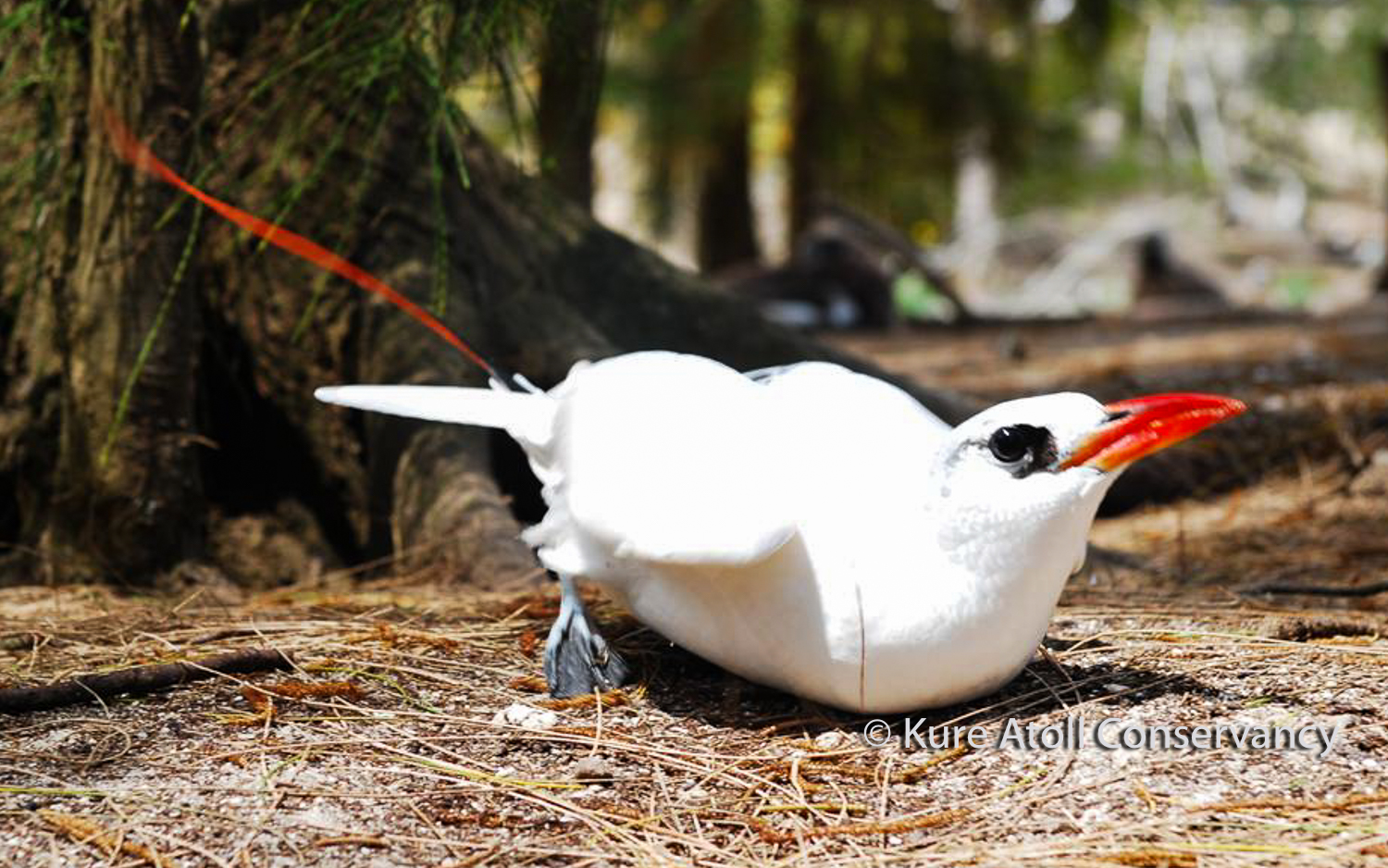 DISTRIBUTION: Koa‘e ‘ula (red-tailed tropicbird) breed throughout the NWHI and at a limited number of sites on the main Hawaiian Islands, mostly on offshore islets, but possibly on Ni‘ihau, Ka‘ula, Lāna‘i, and Kaho‘olawe. Outside of Hawai‘i, koa‘e ‘ula (red-tailed tropicbird) breed on oceanic islands in the Indian and Pacific oceans. Outside the breeding season, adults are solitary and pelagic, and their range is poorly known.

WHERE ARE THEY FOUND ON KURE?

Red-tailed tropicbirds, or Koa‘e ‘ula, are most easily found soaring overhead shaking their brilliant red tail feathers and squawking at one another.

Distribution occurs across the whole of Green Island.

The Red-tailed tropic birds nest under the shade and protection of the dense naupaka bushes that cover much of Kure’s Green Island.

2019-01-16
Previous Post: What do you miss the most? By Zach Pezzillo
Next Post: Pākalakala – Gray-backed Tern – Sterna lunata