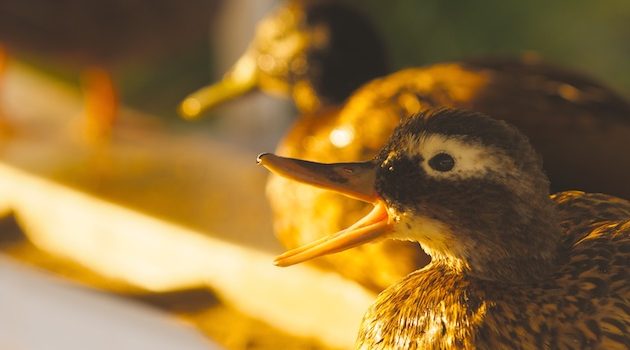 Howzit gangeh. My apologies again for sending another late blog. These past two weeks have been a bit chaotic. After hearing about situations that the past seasons encountered, I only hope that the end of this season would go by smoothly. However, history has repeated itself and we ended up dealing with a case of botulism with the Laysan ducks. I will not get into details because writing it all would require having to relive the chaos that we went through. And honestly, I am just too exhausted. I have mostly expressed my feelings in emails to my ʻohana and friends who have been the best support team. But I will try to give you a little glimpse of the craziness that we have been going through as this season slowly comes to an end.

I know I say that the various tasks we do are exhausting, but this specific situation takes exhaustion to another level. Far worse than finding sick or dead ducks is not being able to find them at all. Brah, there is nothing more frustrating than not being able to find what you are looking for. For two weeks, we have been searching for the Laysan ducks near water sources such as the seeps and guzzlers or in the areas where we found the sick or dead ones. Our usual and main task of spraying put on hold and this botulism case became a main priority.

Every day, we went throughout the island counting ducks in the morning, afternoon, and evening. We kept a record of who we did or did not see, making them suspects of being the source of the outbreak. For example, we did not see “Green J” (named by her band color and letter) for a few weeks. Assuming she was dead, we needed to find her, so we could figure out the problem. There were no breaks during this situation. One after the other, we found sick or dead ducks-in other words, a duck always occupied the camp house. The most we had in the room at one time were three ducks. Just having one in there was enough, but three? Brah, so luhi!

Each sick duck that went to the camp house received Botulism antitoxin and they were also tube-fed and hydrated.  The dead ones examined, recorded, and put in the freezer for further examination when we return to Honolulu.  Part of the task of nursing a sick duck back to health is readily cleaning and switching-out the cages. Towels soiled in duck poop were hand washed in buckets and dried on the clothesline. The cages with duck poop all over it were cleaned, dried, and prepared for the next arrival. In addition to being very careful while handling the ducks, we also had to be courteous while in the camp house.

Having ducks occupy the room meant absolute dead silence in the camp house. Words spoken were through whispers, which I barely understood. Sometimes I could only respond while a smile or a nod. Meal preparations required us to make as little noise as possible. We had to be on our toes – not making a sound when walking through the camp house – and just be ready and quick to move.

When the room occupied more than one duck at a time, our dining table became another feeding, hydrating, and medicating station. This forced us to eat outside on the picnic table or on the side of the bunk house in the cold or in the hot sun. A meal in absolute silence is no so enjoyable – especially for this crew. ; P

The past two weeks has been managing this botulism outbreak. It was very exhausting, and I even stressed myself to sickness. The main thing I needed was rest. I only slept in for an extra hour one morning and then I was back in action. As exhausting as it was, I found that I could not just be idle in my room. Although my body and mind needed rest, I still felt a force pushing me onward with this specific task. It is really our passion and dedication that enables us to progress and succeed. Aloha ʻāina is life! Here on Hōlanikū, we C.A.A.R.E!

Eia ka ʻōlelo noʻeau o kēia pule: “He hana maka ʻenaʻena” (A work that causes red, hot eyes). A task that requires so much work it deprives one of sleep -Ka Puke ʻŌlelo Noʻeau a Pākuʻi #567