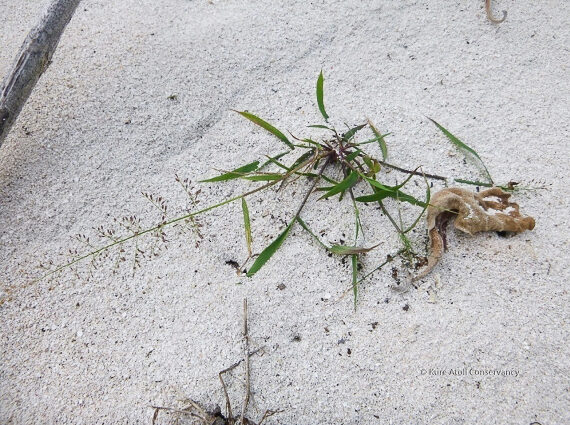 E. amabilis is a non-native plant that can generally be distinguished by prostrate stems with a reddish base, narrow leaves, and an open panicle (seed head). It is most commonly found in open areas in the dunes. It occurs in the interior but is probably often suppressed by other plants so is most likely to be found in disturbed or open areas.

E. amabilis is often found in the same habitat as Lepturus repens, a native grass. Very small plants can generally be distinguished based on the reddish stem, broader flat leaves (compared to narrow, somewhat curled leaves on Lepturus), and the more erect growth