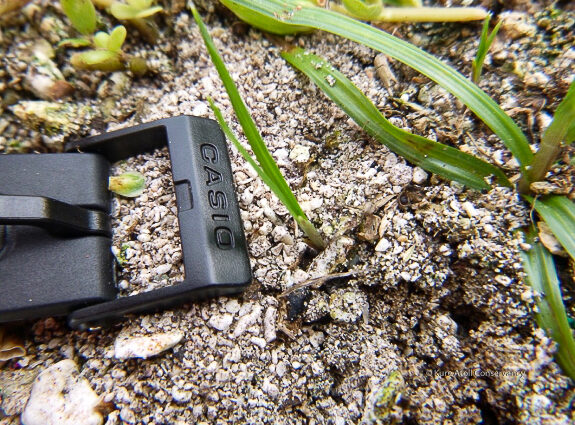 Cyperus rotundus is a non-native sedge mostly found growing in the vicinity of Camp RA. It has a generally erect posture and the blades a corrugated form that in cross-section look like a bird in flight, making it relatively easy to distinguish from the grasses.

Cyperus rotundus takes its common name from the fact that it grows from a small bulb, though it also can sprout from seed. It is not particularly susceptible to glyphosate-based herbicides and is best treated with a sedge specific treatment.