Counting Into The New Year 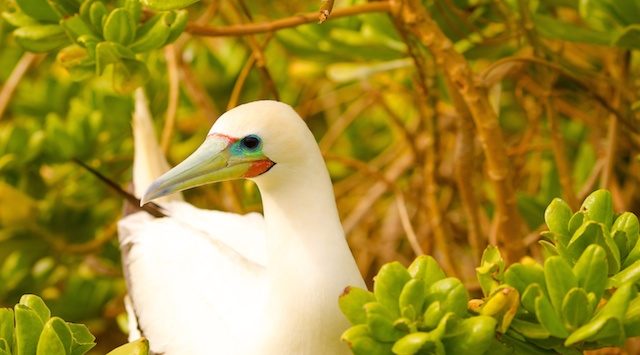 Aloha! I owe an apology for the long delay in writing. Busy enjoying the holidays, rolling in the New Year Kure style, and counting thousands and thousands of albatross, you could say I lost track of time out here more than I had already before.

Since I last wrote, there have been plenty of good times here on Green Island, Kure Atoll. Besides the holiday celebrations, we got another break from our normal restoration efforts to conduct the 2017 winter albatross count mid-December. In terms of tasks here on the island, there is little more an event that everyone so greatly looks forward to. We even put up a board to see who can guess closest to the number of nests we’ll have if that says anything for it.

Aiming to document the abundance of breeding albatross and basic nest/chick success for each albatross species, every winter and subsequent summer, an island-wide count is conducted to record every egg nest and fledging chick. If you’re pondering over the fact that I said every nest, well, I mean EVERY nest!

Over the course of four and a half days, the eight of us strolled around the island marking down every active nest (an adult bird on an egg), abandoned egg nests, and broken eggs for both Black-footed and Laysan Albatross (and our one Short-tailed Albatross nest). It wasn’t as big as 2016’s season of 35,000+ Laysan nests, but with the counts completed the numbers came in with just over 27,700 active Laysan Albatross nests and around 2,750 active Black-foot nests.

I’m sure those numbers sound big but keep in mind the number is only for nests, not the number of adult birds which would be two to every nest/egg. Surprisingly, many of us felt the numbers would be higher because the island seems so active and ‘full’ all the time. As we have noticed though, many of the birds aren’t on nests and are either simply hanging out or dancing the dance with others. Factors abound for why this could be the case be it weather patterns, birds taking a season off from breeding, etc. but getting annual counts for the island helps document yearly trends and gives us a better understanding of the distribution of nests across the island.

Sadly, now that the count is done, there aren’t any other major work events besides the eventual end of season inventories and cleaning. Till then, we’ll just patiently await the arrival of our first chicks which could be here by the time you read this. We’re excited because with close to 30,000 nests that means chicks practically everywhere!

Here's to the New Year, may it be fun-filled as Kure seems to be!