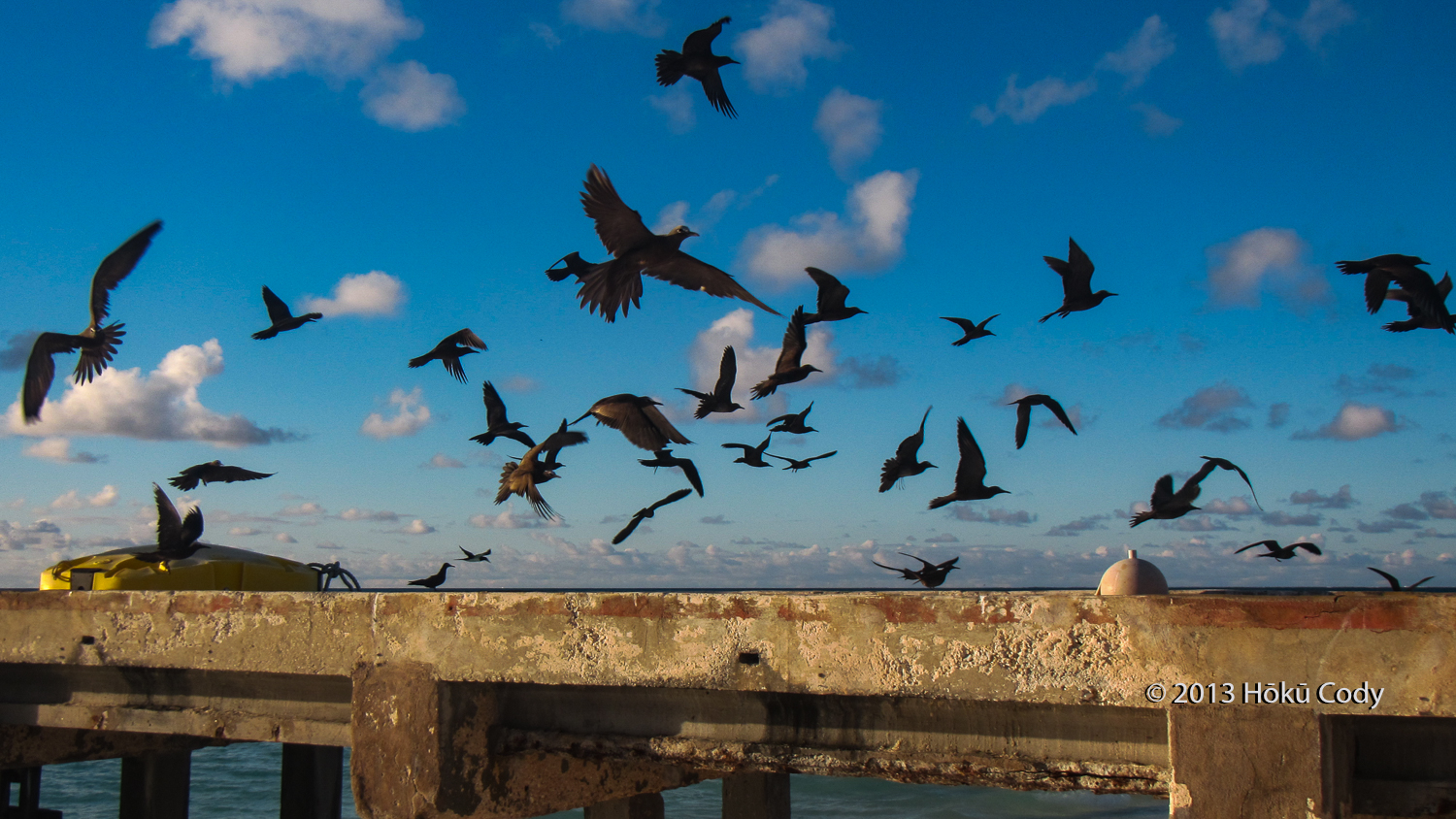 The noio kōhā or brown noddy is a medium-sized, abundant tern (Family: Laridae) with a pantropical distribution, and is very similar to noio (black noddy) in appearance and behavior. Five subspecies of noio kōhā (brown noddy) are recognized, and one (A. s. pileatus) is resident in Hawai‘i. Individuals have slender wings and a wedge-shaped tail. Adult males and females are dark brown with a white cap and have a black bill, legs, and feet; males are larger than females. Flight is swift with rapid wing beats and usually direct and low over the ocean, this species almost never soars high.

In Hawai‘i, their diet is comprised mostly of fish, but squid is also taken. Their breeding is also synchronous with peaks occurring in the spring and summer. Pairs stay together throughout the year, but there is little information on the length of pair bonds. Both parents incubate the single egg, and brood and feed their chick. Birds first breed at three to seven years of age, and the oldest known individual was 25 years old.

Brown noddy’s, or Noiokōhā, are found in all areas of Green Island. Much like the Black noddy, brown noddy’s can be found everywhere from the runway to camp, to the North end, and even down on the beaches. The Brown noddy uses a wide variety of nesting locations, including the ground, trees, shrubs, and even human-made structures.