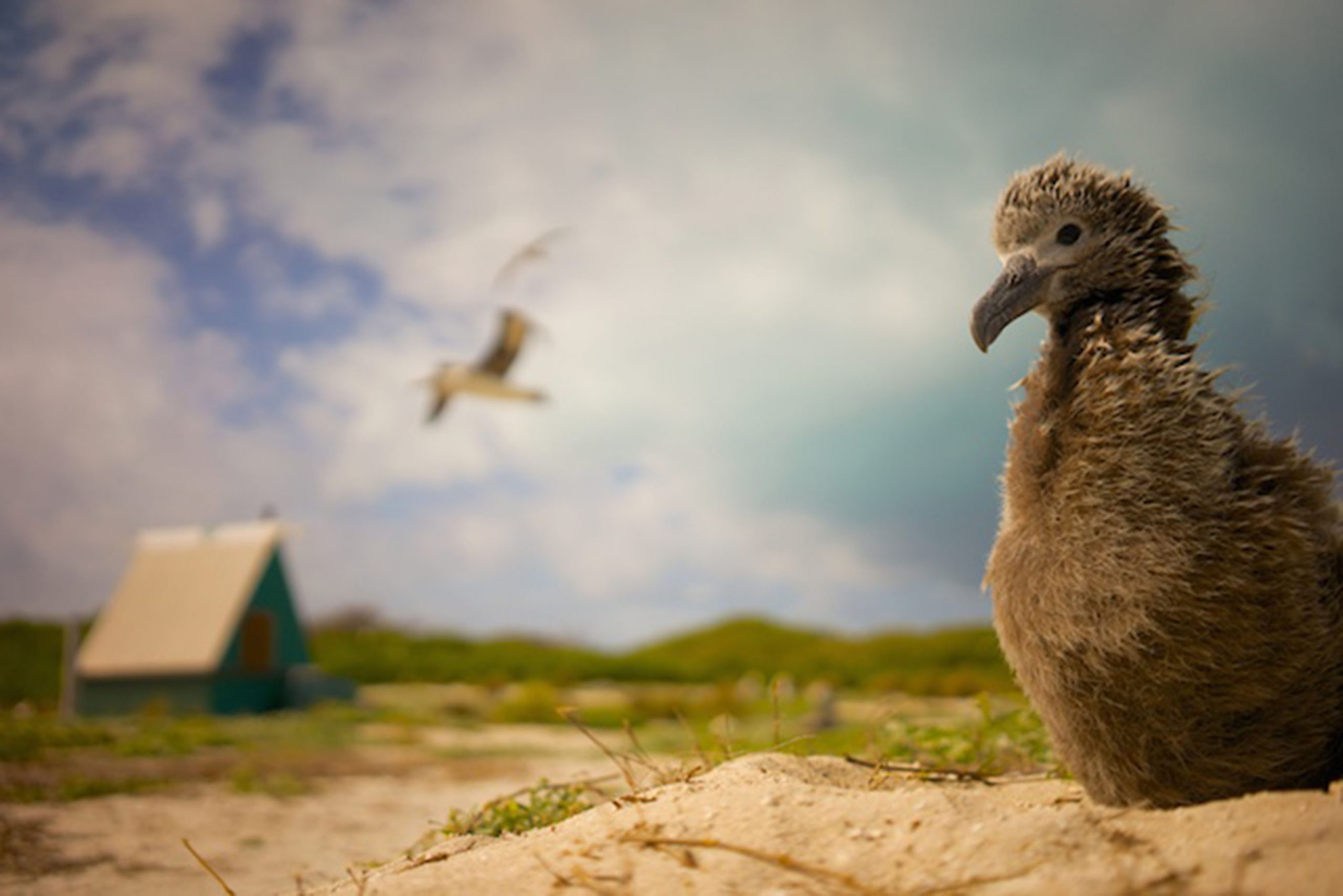 By breeding on remote islands as many seabirds do, there is generally a lack of land-based predators for the birds to worry about or be threatened by. By utilizing far-flung specs of land like Green Island, Kure Atoll, seabirds are usually ensured a safe setting aside from facing the elements and intra-species competition for space and such. However, there are rare cases when bad news strikes.

Back in late November, Zach and I were cued to the presence of something askew on the island. While conducting a shorebird survey along the central plain, I happened to notice four pairs of wings in a shallow depression there in the field. Upon inspection we found them to be the remains of depredated Tristram’s Storm-petrels and that clearly meant something different had arrived and landed.

Before the survey was finished, we found several more sets of wings and continued to weeks after. With all the migrant birds we’ve had this season, it seemed fitting to have another arrival although unfortunately one of a predatory nature that comes at a cost to native birds here on the island. Most migrant/vagrant arrivals aren’t carnivorous or at least not a direct threat to the seabirds. However, when something like an owl or hawk shows up, some birds become the equivalent of a sitting duck because they know no better that danger now suddenly looms so closely. For a bird like an owl, arriving to an island flooded with birds unaware of predatory tactics, it is easy pickings when it needs a meal.

For a while we didn’t know what kind of bird we were dealing with but as it came to happen during the albatross count, Jill flushed the bird while counting and Andy was able to find owl pellets to narrow down the type of bird we have. Then under a well-coordinated effort with plenty of cameras staged around the area where it was found, we were able to capture a photograph leading us to identify it as a Short-eared Owl, a species previously recorded at Kure before.

As sad as it is to see the loss of any seabirds here on the island, this is a natural case of arrival and currently we’ll have to watch it run its course until the owl eventually leaves or passes. This is a perfect example of how fragile these ecosystems can be if the wrong predator is introduced and able to take a foothold on the island. Seabirds are hardy creatures but lack the defenses to handle predators that were never there when they evolved to breed the way they do. It’s why there is a fine balance in restoring the island and making sure at least no human introduced threat is around to add to the toll.