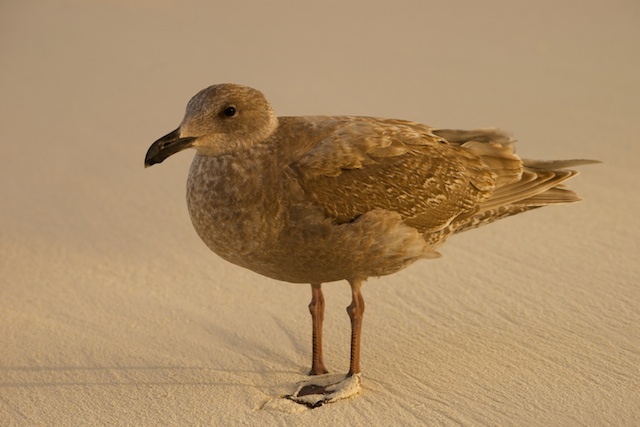 Aloha mai gangeh. We’ve completed our fifth week and this one consisted of celebrations – celebration of life, accomplishments, new beginnings, and special appearances. As October came to an end, we celebrated both RJʻs 25th birthday and our one-month anniversary of being here on Sunday, October 30th. We had a Mediterranean-themed dinner cooked by our very own birthday boy and then it was topped off with some bomb dessert that Coryna made. It was an ice cream and mango-filled sponge cake roll that could possibly be my new favorite dessert. Brah, was soooo ʻono! The following day was Halloween. Not much celebration for that holiday as it would’ve been if we were home, but RJ and I did dress up for dinner. I wore my giraffe onesie that I brought for the winterʻs cold. However, my body ended up heating up during dinner and I went straight back to wearing my pareu as usual. RJ came to the camp house with his face painted, a pareu, and a bird skull necklace. Because Halloween was on a Monday and we were exhausted from work, we decided to save our Halloween movie, The Birds, for Friday.

The following day was a very exciting day. On November 1st, I spotted the first Laysan Albatross when we were transecting Sector 5 West on the other side of the runway as I poked out the naupaka. It was standing poised with its bold, white body and black wings as well as an unmissable large, yellow beak. It stood there for a minute before slowly making its way into the naupaka. Ua nui koʻu hauʻoli! After that first appearance, more of our royal bird friends slowly made their way throughout the island. Each morning as we went to our RAʻs for the day, we saw more and more Laysans pop up here and there. By the end of the week, we had around 15 mōlī in camp. In addition to the Laysans, this island also continues to be filled by the BFAL. There’s quite a contrast between the Black-footed Albatross and the Laysan Albatross. The most obvious is their color, of course. The Black-footed Albatross are large, dark seabirds with little white around its face while the Laysans glow with their white bodies. They both are strikingly beautiful. Like Iʻve mentioned before, the Black-footed Albatross waddle with their heads down following their feet left-right-left-right as if searching for something on the ground (like us when we’re looking through the naupaka for invasive species). Laysan Albatrosses, on the the other hand, look a little more normal when they walk. Itʻs like how we walk. Rather than their heads leaning downward and going side to side, the Laysansʻ heads bob up and down. They have a bob to their walk too. Another difference is their sounds. The Black-footed Albatrosses make me think of a honking donkey and then they let out a scream. The Laysans are a little quieter and have more of a mild chirp sound. They both, however, make loud clapping sounds with their beaks. Itʻs cute watching both huge seabirds. it’s fun watching the Black-footed Albatross take off in the sand. Six steps, right-left-right-left-right-left and they’re off soaring above the water’s surface, some going over the waves appearing to be surfing (but in air). They’re such gigantic birds. it’s even more funny to watch them land, especially when they’re coming in hot and they’re sticking out their huge feet in preparation to land. Some of them kind of stumble on the sand and then shake it off, pretending nothing happened. They’re just so cute!

As for work, we continued to spray this week. We went above our goal of 35 acres and completed 42 acres (given a boost from the runway). It’s been so hot and it’s nice to feel the breeze occasionally. I’m still waiting for it to become cold. Let’s just say it’s still pareu-wearing weather. Still wearing the bare minimum! Anyways, after a long, hot week of spraying it was nice to switch gears and end the last half of Friday’s work by planting. After taking away the life of many invasive, it was therapeutic and “a must-do” to put life back into the honua. We planted 150 kāwelu in pathways of three different spots so we could prevent weeds from growing there. The word therapeutic is a perfect fit for this occasion. After destruction comes renewal. Thus, bringing us back to the celebration of life and new beginnings!

After work, we started the weekend by finally watching The Birds which was meant for Halloween. it’s an older, “scary” film that was about birds attacking people. I must say, there were some suspenseful moments that were intense, but overall, we were laughing the whole time because of the horrible acting and corny visual effects. It was a good movie though. It was just ironic because here we are, living on a secluded island, and we are surrounded by birds.

Today, Saturday, November 5th was a beautiful day. The sun was shining which meant completing my chores early in the morning and exercising so I could have the rest of the day to soak up as much sun as I possibly could. My skin got more pāpaʻa and I’m loving it! It feels so nice to be sun kissed. I also finished my second book, To Kill A Mockingbird, and began my third called The Notebook. I’ve seen the film before, so I wonder if the book will be even better. Tonight, was also free night for dinner. So, everyone made their own meals. While I was eating saimin, I began to crave chicken katsu ramen. In addition to that, Andy added katsu curry ramen. And then Eryn mentioned spam katsu. Brah, talk about inspiration for the next time we cook! Craviiiiiiiiiings. It’s gonna happen.

Anyways, we have entered a new month, a new beginning. So far, it’s begun with a celebration of life (birthdays and new growth), accomplishments for work, and the appearance of our majestic mōlī in which will bring new life as well. As I come to the end of my fifth blog, I leave you all with an ʻōlelo noʻeau that I think fits best for this week. Eia ka ʻōlelo noʻeau o kēia pule: “Ma kahi o ka hana he ola ma laila” (Where work is, there is life) – Ka Puke ʻŌlelo Noʻeau a Pūkuʻi #2090. Those who know me know that I live by my favorite quote, “Aloha ʻāina isnʻt a job. Itʻs life.” There was a force that drove me here and there was a reason for it. He kuleana koʻu. Although we’re a small team, we’re making a big difference from the land to the sea. To think of the many hands that did their part before and the future ones to come, working together to protect the natives so that they can flourish. Huli ka lima i lalo. There is life! E ola!