Part 1: Beginnings and Return for Winter 2017 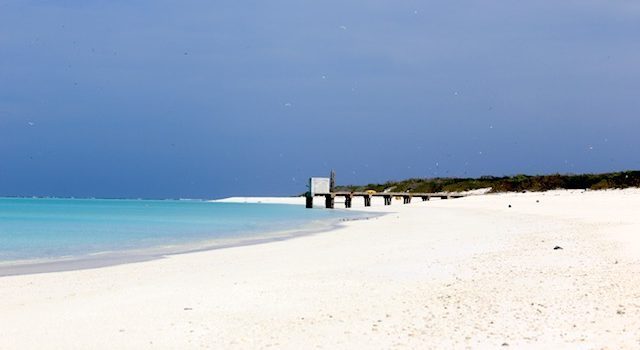 Part 1: Beginnings and Return for Winter 2017

My writing and name might be familiar to some and I'm excited for the opportunity to share the experience of life and work on Kure with you all once again. Coming back for a second season after working with the 2015/2016 winter crew, there's a new level of excitement in returning to the place that is Kure Atoll.

Having done this before, I knew well the requirements for working on-island but the first step like last time was getting to Honolulu and meeting the new crew. It's easy to overlook the fact that just about all of us met one another a mere seven days before boarding a ship and setting way for Kure to spend seven months together with no one else. However hard the work is out there, getting the right balance of people and a common bond between them is as crucial a part to a successful season of habitat restoration as is anything else.

Waiting for this moment since January-eight months of anticipation-was made worth it the moment I landed on Oahu and met who we'd be working with all winter long. With a group of seven plus the addition of one individual (Virginie T.) already on island staying over from summer, eight people feels like a lot but our initial interactions spells well for the time ahead as we have made quite the little ʻohana (family) already.

With backgrounds that include work from studying stopover ecology of birds in Florida, restoring habitat in New Zealand, and conducting bird and plant surveys in Vermont, to working in turtle and biodiversity while in Greece and South Africa as well as native birds and plants in Maui, to Andy's and my own previous experience on Kure, we are a well-rounded team and each able to bring a similar understanding to the job we are doing. However different and widespread our pasts’ might appear, it did not even take a full day to feel we had all known each other for years as the jokes and laughs came rolling out faster than our hands were packing and passing over 350 buckets of food, clothes, supplies, and a whole lot of juice for the season.

There's no better feeling when you have a group that meshes immediately, and it only helps more when each individual realizes we're all in this boat together. Personalities are key and hardworking, dedicated attitudes are crucial. But coming together as one, that just makes it feel right and all the more worth it. Shared experiences have more hold and power I feel and that is why it is an honor to be back on Kure and sharing our story with each of you for the season.