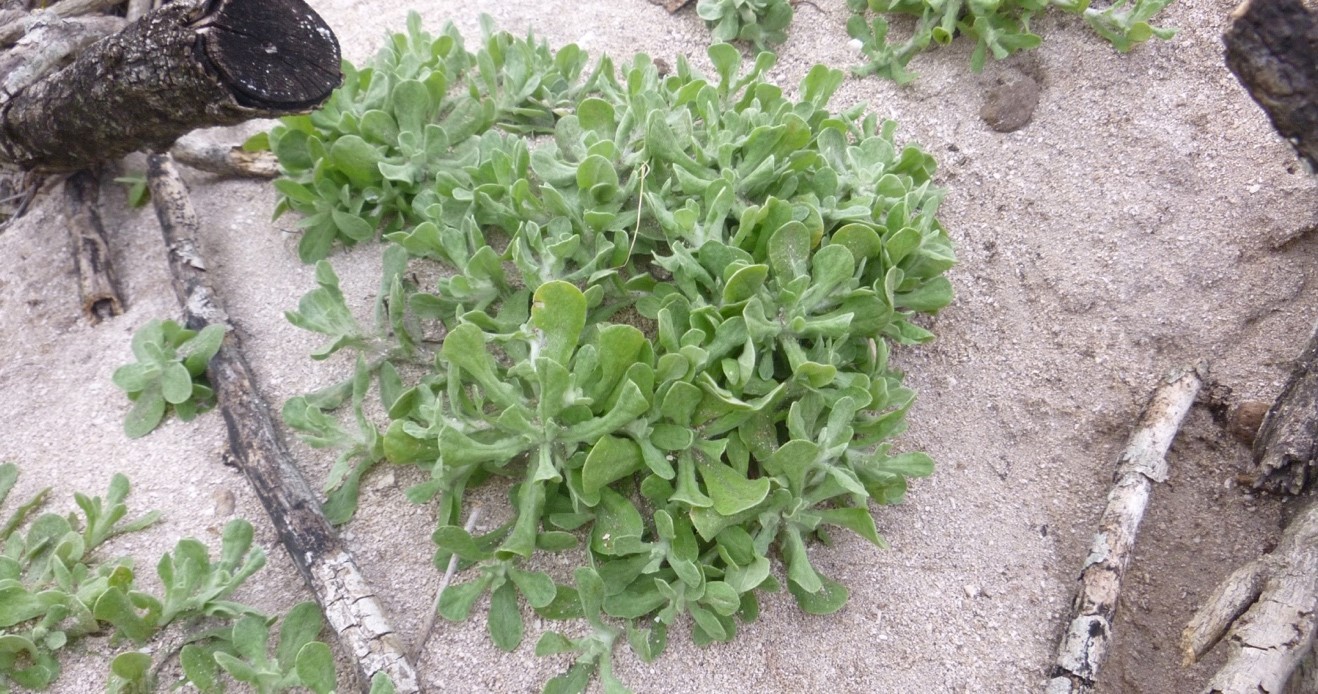 General Information
Young P. Sandwicensium plants, called ʻenaʻena, are hairy, oval leaves slightly wider at the tip, with a silvery green appearance. As the leaves grow out they become long and slender with a broadly rounded tip. The leaves curl downward along the central axis and upward from the base to the tip.

Mature plants can grow as widespread shrubs, though the plants observed on Kure tend towards dense, low growing mats in open areas. The flowers grow in compact clusters of fleshy globes and lack petals.

Kure Background
This variety of P. Sandwicensium, endemic to Kure and Midway Atolls, was not recorded on Kure until the 1960s. In 2001, it was reported as “occasional” near the living quarters, but there are no recent records of this species. It was recently discovered growing south of the runway in March 2014.

This species also has cultural value as it was used traditionally to repel insects when storing kāhili. ʻEnaʻena does have an association with the painted lady butterfly (Vanessa cardui). The butterfly uses Pseudognaphalium and other cudweed species as a host plant for egg-laying, leaving sticky nests behind. Emerged caterpillars will then forage on host-plant.

Habitat Restoration
Since this native plants’ resurgence on Kure in 2014, it has been able to establish itself in camp bunkhouse area, on the road to the runway and within Sector 5 where it originated from. Although this species does seem to have short periods of dieback after seeding it is a perennial, fills in quickly and creates a mat-like cover in areas that are sometimes difficult to vegetate (e.g. bunkhouse hard pack area).